Got a Glitch? Always Lagging? Need help with anything technical? Want to move off Windows XP?
Post Reply
10 posts • Page 1 of 1

I lagged out numerous times on valarna tonight. Couldn't see my crosshair or weapon effects for the majority of the match. Checking the match history it recorded me playing for 2 hours lul.

Any idea of why it happened?

I had the same problems. That match was nearly unplayable for me.

27 players, levis, mechs, and a map design that is basically a big bowl that you can see everybody. It's the worse case scenario for the engine to handle.
Top

There was significant lag throughout several matches last night. Frequent unregs, but the lag was in and out, not constant.
“Never argue with stupid people, they will drag you down to their level and then beat you with experience.”
― Mark Twain
Top

So from a CPU perspective its been pretty good.
Last night it barely touched 50% CPU, on previous nights with UTComp it was spiking as high as 89% 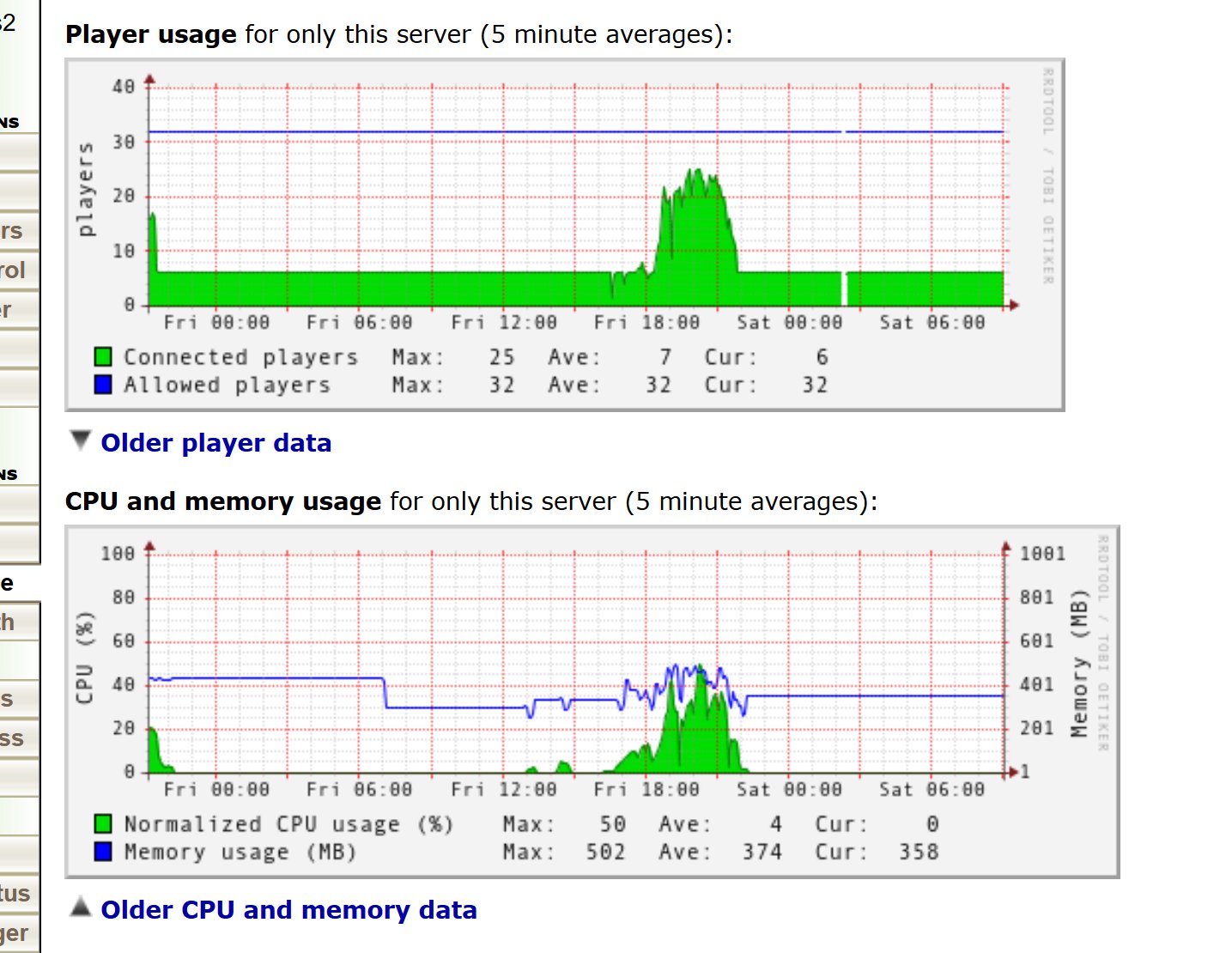 So that leaves two things IMO.
1. We are still on shared server and perhaps other processes are slowing the machine down outside our game. I don't know if there's any way for us/NFO to tell, but I will ask.
2. UTComp still has some spots in it that cause the lag.

1 is fixed by Dedicated Server, 2 is fixed by either some recoding in UTComp or going back to ONSPlusOmni. I think everyone would rather have UTComp, and we only seem to see the lag with 22+, and certain maps like MassD, Minus tend to make it worse.

I can try lowering the tick rate from 28 to 26, which should help with CPU and perhaps with ping compensation on it won't be noticable.
Top

zounds and hitsounds aren't UTComp right? At this point, I think ONSPlusOmni is superior. This lag compensation is not helping anyone... Yesterday I had already jumped out of my vehicle and started healing it on top of the building and it had decided a guy on the ground totally out of line of sight killed me earlier.
Top

Hitsounds are from UTComp. If we don't use UTComp, then we lose the Brightskins and Hitsounds as well as the Ping compensation.

Zounds is standalone and doesn't affect anything.
Top

Xexx wrote: ↑Sat Oct 22, 2022 7:46 pm zounds and hitsounds aren't UTComp right? At this point, I think ONSPlusOmni is superior. This lag compensation is not helping anyone... Yesterday I had already jumped out of my vehicle and started healing it on top of the building and it had decided a guy on the ground totally out of line of sight killed me earlier.

Lag compensation is helping me. I don't enjoy playing on our server without it anymore.
Top

So I lowered the tick rate to 26 which seemed to help quite a bit, we had a full server last night and I didn't see any lag complaints. I asked and many felt it was much better.

There's lots of goodness with UTComp, especially thanks to Snarf, the Omni version, so removing it is a last resort.
Top

What is "Lag compensation" and how does it work?
Top

UTComp figures out how much ping you have with the server, say 50ms, then back-tracks your aim to where it was 50ms ago and fires your shot their instead. This way you can aim where the enemy is instead of lead your shot. You shouldn't have to lead your shot with instant fire weapons but on our server when it's lagging you do.

If use vehicles most of the time and don't DM that much then you wouldn't notice.
Top
Post Reply
10 posts • Page 1 of 1