by pooty
Loaded on the server...
I played a bit offline, still feels like Linkatron is pretty potent, but have to see in online play.
The two maps Torlan-MechTest and AJY-Randomizer will have the updated mechs 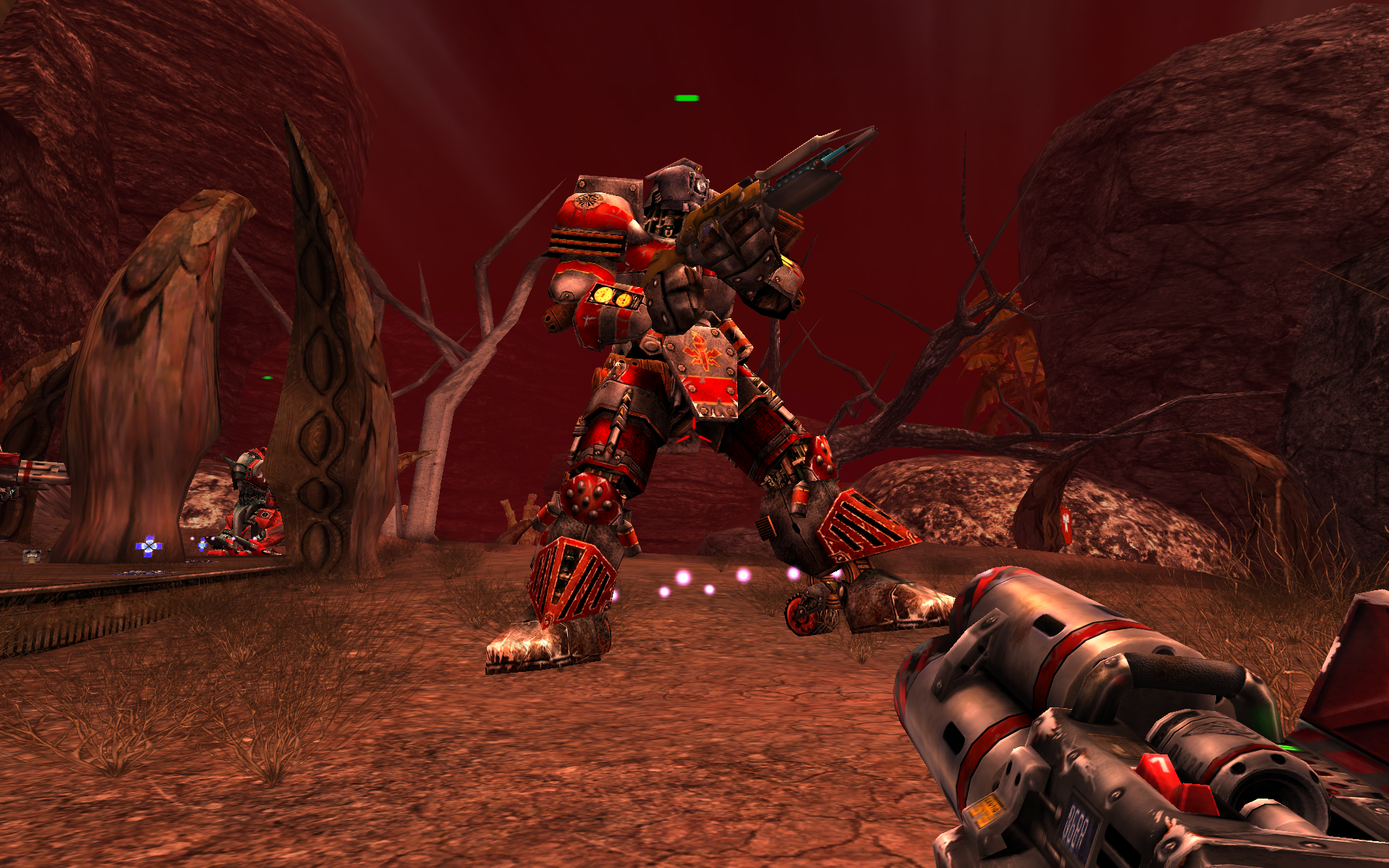 This one uses the 'xan' robot mesh. It has some different properties so took a bit to get it working.


1. FlameMech - Wide area flame thrower (mostly just good close up)
2. SniperMech - Large Lightening Gun - Slow Fire Rate good from Distance.
3. SpankerMech - You know you want to do this one
4. ShieldMech - Has Shield, works like Aegis,Pali (shield and near area blast) -- maybe leave out the distance weapon for balance.

Not sure about #3. Isn't that just a slightly different Shock Mech? Flame mech could be interesting. I don't have any mods that do fire currently.

If the ShieldMech can shield itself it's going to need to be a huge shield.

It seems like you could stuff any of the weapons in a mech and make a giant version of it. BioMech, SpiderMineMech, MinigunMech... even the weird mods would work like HeliosMech, PepperShotMech. I even thought of putting that transdimensional disruptor thing on a mech. It all seems too OP though

by captainsnarf
Oh, and these are the current horns:

Flakatron
0=The good, the bad, and the ugly theme
1='roger roger' from starwars

by pooty
Hmm.. I have to find the key for the alternate horn now.
Would be fun to have a shield mech crouching, shielding a sniper/shock mech.
I agree, I don't think we need one for every weapon though.

Not necessarily... can't the mechs crouch? Make the shield just big enough to shield the whole mech only when crouching. That should be big enough to shield a node, or like pooty suggested, another mech or vehicle. I mean, it's not like the Turtle doesn't have an enormous shield... can you imagine a TurtleMech though? Prob a bit much.

I ran out of vehicles to swap. The mutator swaps snipetron for leviathan but there is no levi on torlan. You might need to add it to a map to see it.
All times are UTC-06:00
Page 3 of 3